Amazing Impact of Biotechnology on Agriculture: Is it Good or Bad?

1.    The population of the world and especially India is growing at an enormous pace. The land area to grow food for this ever-increasing population remains the same. The development of humans has reduced the land area available for the production of food. The way unplanned development is going on it is most likely to be further reduced. There is a problem of degradation of soil quality of farmlands. There is also a problem of the rise of soil salinity and pollution of available water sources.

2.         There is a need to develop crops that can weather all the above problems. These crops should still give more yield per hectare of land to feed the growing population.

3.         Biotechnology gives a solution to the above difficulties by modifying crop’s inherent qualities. It develops crops that produce desired yields and sustain themselves in difficult environments.

4.     Biotechnology is the science of enhancing the value of animals, plants, and microorganisms.

5.     Agricultural Biotechnology. It is the science of altering and enhancing the growth of plants and microorganisms. It works on their DNA and its concepts.

Application of Biotechnology in agriculture

7.  Tissue Culture: Tissue culture is the process of biological exploration. It takes particles of tissues from a plant. These particles then survive and grow further in an artificial environment.

8. Genetic Engineering: It is the process of direct manipulation of the DNA of the plant. It changes plant characteristics in the desired way. It takes out the DNA of the plant and inserts it into the cells of another plant. It aims to enhance the specific quality of that plant or organism.

9.  Embryo Rescue: It is the process of the development of an immature or weak embryo into a useful plant. It involves cultivating a weak embryo under sterilized and clean conditions. That embryo otherwise would have perished in normal conditions.

10. Somatic hybridization:  It is the genetic procedure of removing the cell wall of the cells of diverse plants. DNA of these cells is thereafter mixed and generated into a complete plant.

11. Molecular gene markers:  It is the process of genetic analysis of the DNA and molecular marker patterns of various plants. This analysis gives guidelines for producing the crop with desirable traits.

13. Micropropagation: Micropropagation is the process of speedy growth of plants and fruit trees. This method produces many plants. Each of these plants is genetically akin to the original plant from where they are taken out. This process involves taking out the plant from its original container. Thereafter the plant is placed in difficult environmental conditions for acclimatization and toughening. After their acclimatization, these plants are rooted in the field.

14. Biotechnology is very productive in generating crops of desired traits. These crops give better yields and can withstand tough weather conditions. The following are the six main crop modification techniques.

15. Traditional Breeding. Traditional crossbreeding is the most basic practice to improve crop value and yield. It involves the coupling of two compatible varieties of plants. It produces a new and improved plant with the required qualities of the original plants. It requires placing pollen of a plant on the female part of a different plant and producing a hybrid plant. The new plant contains the inherent traits of both the original plants. The selection of plants for hybridization is based on traits that are to be passed on to the new breed. Crossbreeding can only be applied to the closely related breeds of plants.

17. Polypody. It is the process of modifying several chromosomes in a crop to improve its yield and size. Generally, plants have two sets of chromosomes known as diploidy. By the use of chemicals or even by a natural process, several chromosomes change their structure. Which in turn leads to an increase in the fertility and size of the crop.

18. Protoplast fusion. It is the process of joining cells or cell components to transfer traits between species.

19. RNA Interference. It is the process of stopping a cell’s RNA to protein mechanism to suppress its genes. This method of genetic alteration functions by tampering with the messenger RNA. Which in turn prevents the production of proteins, in effect silencing a gene.

20.Transgenics. It is the process of insertion of one piece of DNA into another plant’s DNA to set up new genes into the original plant. This addition of genes into a plant’s genetic fabric creates a new breed with desired traits.

Advantages of Biotechnology in Agriculture

22.  It has benefited agriculture in many ways and has resulted in producing a variety of crops. These crops give better yield and also able to sustain rough weather conditions. The main benefits of biotechnology are as follows:-

(a) Increase crop production. The new and improved variety of crops can sustain tough weather conditions. It also can produce a better yield. This leads to an increase in the production of crops.

(b) Improvement in the quality of the crop. With new research in these fields, breeders now produce a better variety of crops. These crops can themself resist insects and pests and thus able to grow a crop that is much improved in quality.

(c) The better nutrient value of the crop. Researchers place different types of genes into the plant to enhance nutrients. The nutritional value of crops is also enhanced by interfering with the crop’s DNA.

(f) Better resistance to chemicals. The new improved variety of crops can withstand the use of chemicals and pesticides.

(g) Disease resistance. biotechnology induces a specific variety of proteins into the crop DNA. These crops can themselves able to resist a different variety of pests and insects. These crops with ease can keep themself free of diseases.

(h) Environmental concerns. The crops themself able to resist many kinds of pests and insects. This leads to a decrease in the use of harmful chemicals and pesticides. There is a reduction in the use of chemicals to increase the shelf life of the crops

Disadvantages of Biotechnology in Agriculture

(a) Toxins and allergens. There is a risk of bringing in new allergens into foods that were at first considered safe. Researchers are working towards removing allergens from food that are the cause of most food allergies

(b) Antibiotic resistance. There is a possible risk of evolving new antibiotic-resistant bacteria. The new and evolved bacteria would be resistant to conventional antibiotics.

(c) Terminator technology/Suicide seeds. In conventional farming practice, farmers store the seeds to plant in the next season. The same is not possible for biotech crops. In the case of biotech crops, the seeds are only for one-time use. Farmers have to buy and plant new hybrid seeds every season. The second-generation seeds from these crops are always infertile.

(e) Antibiotic resistance. Biotechnology uses antibiotic genes to check the desirable traits in biotech plants. There are apprehensions about the emergence of new antibiotic-resistant bacteria. It would be difficult to control these bacteria with traditional antibiotics.

(f) Potential gene escape. Researchers raise alarm about the possibility of GM plant’s genes getting into weeds. This can make weeds much stronger and can then damage the ecosystem. The possibility of such things happening is quite remote. Biotech crops have restricted progression. The seed-spreading ways of such crops do not let many possibilities pollinate.

(g) Superweeds. There are apprehensions about transgenic plants pollinating with the weeds. Passing pesticide-resistance genes onto them can convert them into ‘super weeds’.

There is a possibility, that over a while, pests and insects may generate resistance to the insecticide embedded in the biotech crops. This can become very damaging to the crops.

Biotechnology: To embrace or discard

24.       Biotechnology was the need of the future. To ensure food security for the ever-increasing population. To counter the effects of changing weather conditions. To control ever-evolving pests and insects. There is a need for a crop that gives more yield and be able to sustain difficult weather conditions. The crop should also have inherent traits to repel pests and insects.

25.       Biotechnology brings some unprecedented and undue distress to human wellbeing and the environment. Even with all the disadvantages, biotechnology has become a necessary evil. It offsets all the food security challenges we are facing or likely to face in the future.

26.       There is a need to verify and examine biotech products before launching them into the field. There need to engage in never-ending research in food safety. Continuous monitoring of the already developed and established plants and crops. To make all necessary improvements and modifications in existing crops for human safety. It is very complex to make a definite conclusion if we should embrace Biotechnology or to discard it. 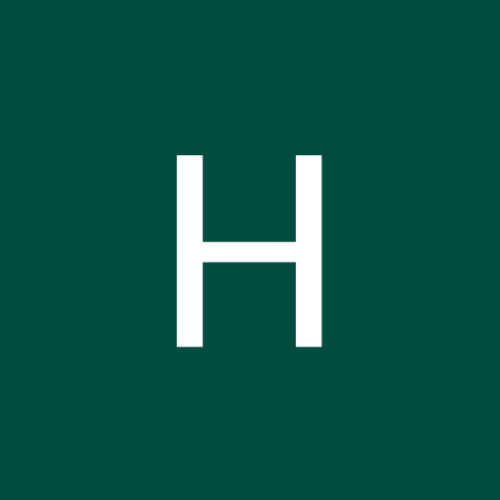